Who would have thought the world should face a pandemic and who would have thought the Congress to be attacked. John Fogertys “Weeping in the promised land” is a soundtrack to these days of sorrow. The video gives pictures of both the pandemic, racism and more. There are many problems to handle. We can only get energy to do the right thing by facing the situation of people around us, both those we know and those we don’t. A song make you feel emotions and the video opens your eyes.

Just open your eyes and ears, and let the images flow into you. Thomas Aziers “Love, Disorderly,” is not to be analysed. Just sounds/music with pictures from around our world. A fascinating mix of snapshots from life. Directed by Laurent Chanez, Park Pictures.

Commercials can be very similar to music videos. An example are the short films made for advertising iPhone XS. FKA Twigs, Kamasi Washington and Florence + the Machine all have each a short music video shot with iPhone XS. Of course to show the quality of the camera in the phone. The short films are all back stage/rehearsal scenes. Nice glimpses of the artists behind stage.

Master of voodoo rock, Dr. John, died on June 6. He made an impact in the late 60s with his mysterious sound, taking you way down to New Orleans. Making you feel like you’re part of the Mardi Gras. With influences from jazz, blues and tribal drums his music was a delicious mix – just like Cajun food. The shows in the late sixties was extravagant with combination of psychedelia and voodoo. This video (in bad quality) gives you a picture of his performances. 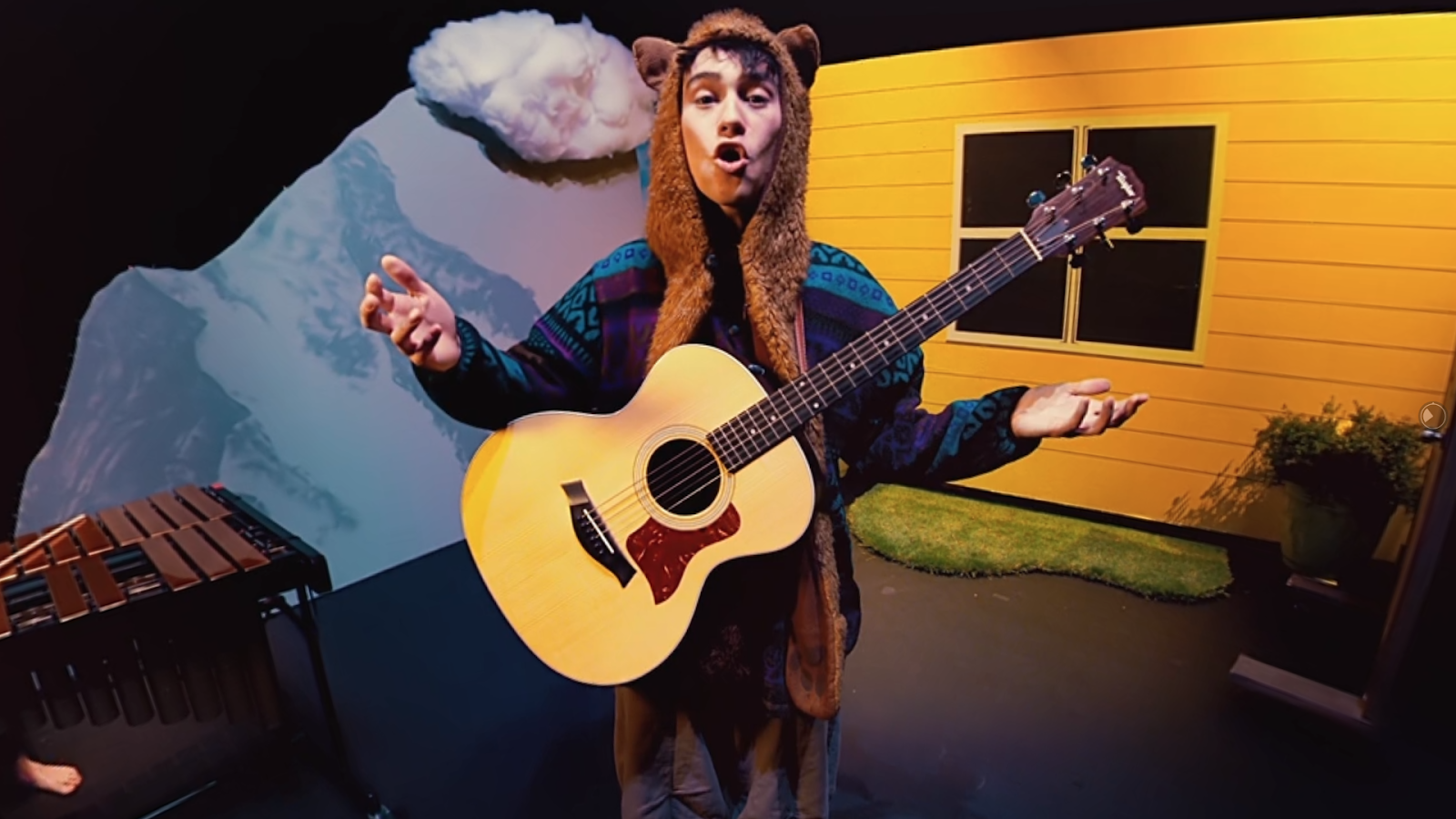 Jacob Colliers 360-video for “Make me cry” is a joy to explore. It is produced by Light Sail VR and co-directed by Jacob himself and Matthew Celia from Light Sail VR. Matthew says: “When I first heard Jacob’s song I had an immediate vision of a character taking a journey across a magical world, but I knew I didn’t want to work with digital special effects because the acoustic nature of the song–I felt it deserved something more organic. The decision to embrace a children’s imagination theme really gave the video a unique feel while maintaining a strong sense of story.”
There is a 2D-version of the video but the 360-video is a greater experience.

Are we more social nowadays with all the possibilities we get from social media? Or are people in fact getting lonelier? Local Natives video “When Am I Gonna Lose You” doesn’t give answers to this but it shows a picture of modern day alienation. Behind the beautiful surface there is emptiness.
Actress Kate Mara is playing the character and the video is directed by Van Alpert.

The Polar Music Prize 2019 goes to Grandmaster Flash (Joseph Saddler). In 1982, the song “The Message” was released by his group Grandmaster Flash and the Furious Five. The song is known as the first prominent hip hop song to provide a social commentary. In the video for the song we see documentary pictures from New York giving a visual description of the lyrics. In between we see the group singing in the streets. There is also a short dramatic sequence in the end with a police intervention, to really empathize the bad situation for the people hanging out in the streets.

In 2013 hip hop-artist Timbuktu (Jason Diakité) released a version with Swedish lyrics as a way of showing his views on the problems in Swedish suburbs, following riots in Husby.

We meet them in the streets, the homeless people. The music video “Sunburst” tells the story of a man in the streets of New York City reflecting his life. It’s a poetic and engaging film that really connects to the music. The video is directed by Daniel Uribe and produced by Picture Farm. MusicVideoMania got the chance to interview Daniel:

Can you tell me a bit about the background for the story in the video?
I met VONAVI (Andrei Ivanov) a few years ago through Vimeo. We eventually became good friends, and an opportunity to collaborate occurred when he finished his first album and asked me if I would like to direct a music video for one of his songs. I listened to the full album and found “Sunburst”, which is a powerful, beautiful, cinematic track with so many textural sounds and sections merged to craft a story. The music video was inspired by a homeless man I encountered on the streets of New York City, who was begging for spare change with his eyes closed. While encountering homeless people is a daily occurrence in NYC, the image of this man having his eyes closed piqued my curiosity as to the memories, feelings and potential life story this man was observing in his head. These curiosities inspired the storyline of “Sunburst”.

How would you describe the purpose of the video?
The purpose was to craft a story around this homeless character and place the viewer in his shoes, portraying the emotional conflict and mental images that could potentially circulate in his mind. But I also wanted to simultaneously spark a message of hope, abstracting the definition of the title “Sunburst” and using it as a metaphor for hope and the beginning of a new day.

How was the collaboration between you and VONAVI (Andrei Ivanov)?
Since we are friends, we had an easy and close communication. Andrei had a lot of trust in me, which gave me great freedom in the process of making the video, with checkpoints along the way. Since there was no demand of having him on the video, I was able to focus on the story and create this film.

How was the production process? How long were the preparation and shooting days, what were your struggles, and so on?
The discussion between Andrei and I started a year and a half ago, but the production process lasted around three weeks. We scouted for several nights, did a casting call, and had our pre-production meetings. The shoot happened over a weekend, with one night on the streets, and a day at a house. The main obstacle we faced was the weather, as we were forced to reshoot the sunrise sequence due to a cloudy day. After that, we spent a couple weeks editing and finishing. This music video had a low-budget, and so I wouldn’t have been able to do it without the group effort of the entire crew. I am extremely grateful to everyone who collaborated with me on this and to VONAVI for his trust.

How important do you think a video is for the artist in general?
I think they are very important. We live in a visual world and music videos are an extension of the artists, as a part of the artist’s brand. A music video explores the track further and sometimes can have a stronger impact on people when listening to a song that is accompanied by a film. Having said that, a music video is just one visual interpretation of a song, as every single person experiences a song in different ways in their imagination.

The Parisan museum The Louvre had more visitors than ever during 2018. There are several reasons and one is the video “Apeshit” by Beyoncé and Jay-Z. In the video we see lots of artwork and the beautiful interior of the museum building. Music videos by big artists reaches millions of people on YouTube and are important as marketing tools and means for communicating messages. Hopefully the video helps to open the eyes for history and great pieces of art.

Robyn is back after a couple years of silence. Her dreamy dancefloor music is beautifully presented in the video “Honey”. It is blurry pictures, close-ups and slow motion moves – all perfect for the sound of Robyn. The video is directed by Max Vitali, son of Leon Vitali who was Stanley Kubricks right-hand in several movies.